Tanah Runcuk that used to be a subject of intense debates among the scholars, is getting more interesting to be discussed again due to its being within liminality; between presence and absence, between fiction and reality, between fantasy and history. Precisely, Centre for Tanah Runcuk Studies intends to read the discourse of Tanah Runcuk which occupies a realm between myth and science with the approaches of art project and interdisciplinary studies. Instead of drawing a conclusion and producing a single interpretation, this effort expects to open a dialogue and alternative entry in approaching the discourse of Tanah Runcuk. 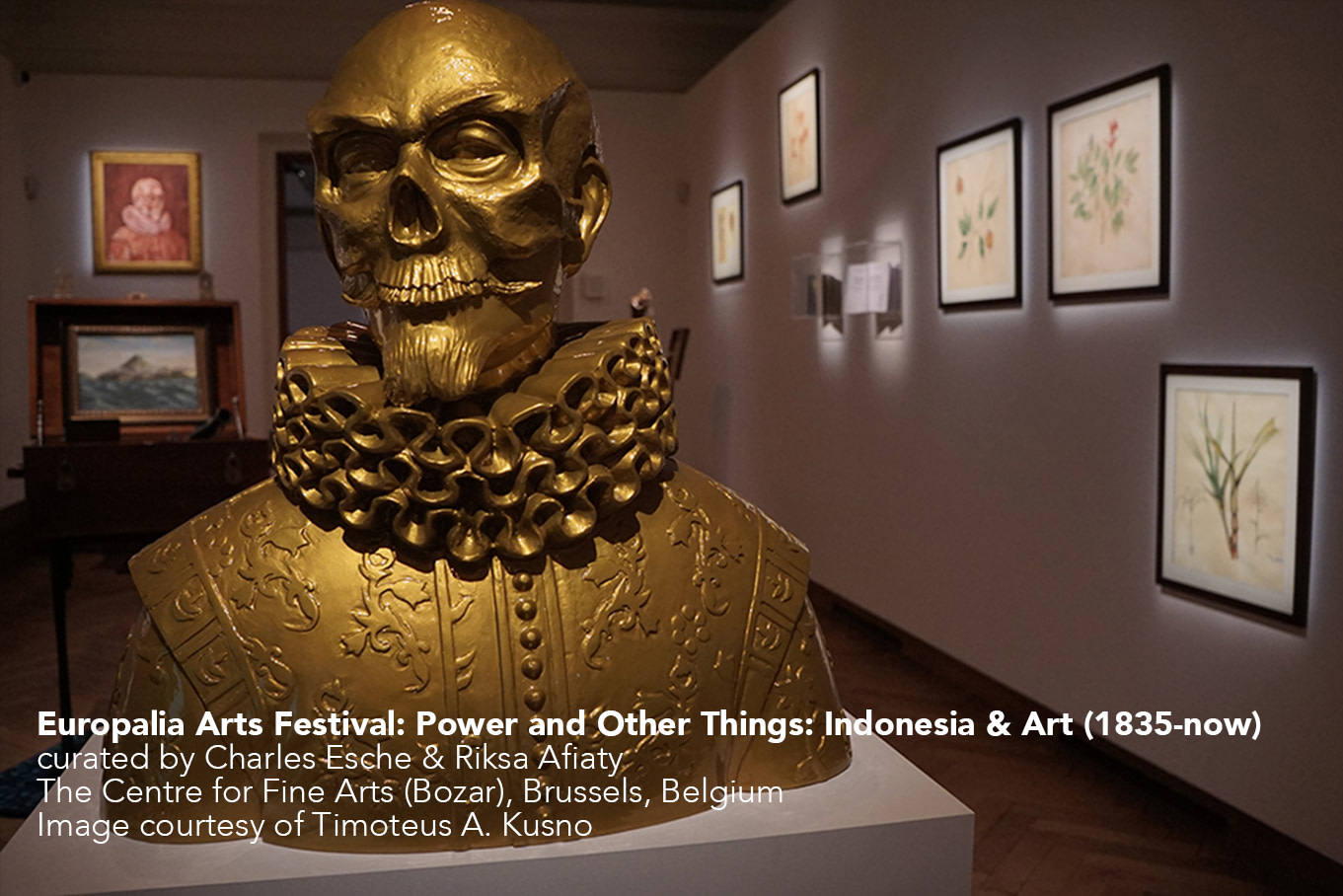 The idea underlying this exhibition emerged during our long-term research on the tradition of “Rampog Macan” or Tiger Raid. This ‘lost ceremony’ is believed to have begun (and written) in the early 17th century, and banned by the colonial authority in Dutch East Indies at the early 20th century.  For this ritual, people would gather under the hot tropical sun, in the palace square, to see Javanese tigers or weretigers being pitted against buffaloes, bulls, or thousands of spears. They would fight death on the “stage”. The king would also invite high-level colonial officials to sit with him; this was done for the sake of demonstrating his power. Tight rings of spears were the only wall separating the masses from the fights. The tigers’ death was inevitable, be it by the bull’s horn or a human’s spears. 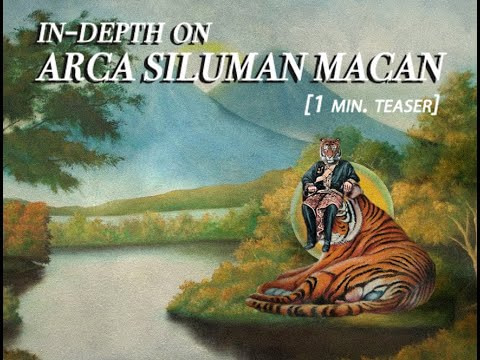 Arca Siluman Macan from Gono Manggala-Sangid site was found near the mass grave area that was assumed to be dug in the 13th Century. Based on a number of related studies, the monument was assumed to function as a warning sign so that the locals would not approach the pit of plague in Gono Manggala-Sangid. This statue also became a historical monument regarding an episode of mass ‘cleansing’, when men, women, elderly people, and infants were slaughtered under the command of King Tohjoyo. The King was threatened by the illness brought by the supporters of Anusapati, the son of Tunggul Ametung that was killed by Ken Arok, his father, using a dagger crafted by Mpu Gandring. According to the statue that was attached to the monument, the cleansing done during the brief reign of Tohjaya (1249-1250 M) was considered as an effort to heal Tumapel. The sick people were located in Gono Manggala-Sangid to be exterminated along with their worsen illness. The Tambora disaster that followed in 1815 had closed the steps left on the digging site. In the early 1990s, Kusbirin and his team completed a documentary film narrating their investigation towards the tradition of Rampogan Siluman Macan that had been celebrated since the colonial era in Tanah Runcuk. Without any clear reason, the authority ruling at that time stated that the film did not pass censorship. Only a while after, the original camera negative (OCN) of the film was said to be missing. As the regime changed, the Centre for Tanah Runcuk Studies team attempted to remake the film which had never met the public. CTRS also created a reinterpretation departing from the tape-recorded interviews with a number of informants whose names were kept confidential. The Infinite Unseen and Its Many Faces

In the colonialized Java, the late 19th century (up to the turbulent years of World War II) had marked the modernity, rapid changing mode of production, the shifting of maps and perception of the world—as the consequences of industrial revolution… Witch-Hunt and Agricultural Revolution in Tanah Runcuk by Yulianto Nugroho It more or less tells about the situation where so many people coming from different backgrounds were gathering in a large mass. Some people were enjoying the atmosphere of witch-hunt by telling jokes one another, while some others doing some reckless acts. If the brutality had been initiated in conjunction with the revolutionary anticolonial nationalism, it would have brought the authority of the Dutch East Indies government down. This was in parallel with the imagination of Indonesia described by Dr. Soetomo. This was what the ruling authority considered as the most dangerous revolution. Magical Powers: Traditional Elites and Colonialism by Kristina da Silva Why should this collective resembling a vergadering be annulled? In the 19th century, Java was encountering some social explosions. Nevertheless, the resistance against the colonial government had not grown into national scale. It means that the rebellions against colonialism were still conducted in local scopes. Moreover, the notion of nationalism had not yet been evidently present. Consequently, those rebellions would quickly be followed by exterminations. Still in the same century, raised diverse religious movements manifested in the forms of religious schools and mystic teaching. These rebellions occurred as a result of the replacement of traditional system by the modern one.